7 Causes of Unexpected Culture Shock When Moving to the UK 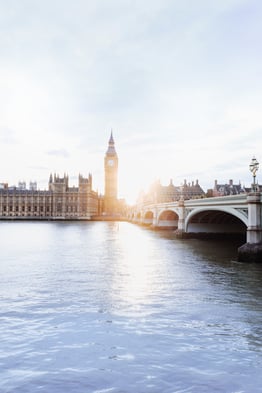 What could be easier than moving to Britain from the US? We all speak English, and our customs are pretty much the same. But all are not identical. That means sometimes Yanks are surprised when they get to the UK and experience culture shock. Who knew?

Let’s look beneath the surface to uncover some of the reasons behind our cultural differences.

England is not the “UK.” The United Kingdom includes Scotland, Wales, Northern Ireland, and England. Though closely associated in many ways, they are separate countries. So if you assume everyone in the UK is “English,” you might get the cold shoulder instead of a friendly reception. You can call everyone in the UK British, though you’ll be more popular if you use the more specific Scottish, Welsh, and Irish designations.

2 - Britain is far more diverse than it used to be.

Many of the stereotypes Americans believe about the British have gone by the wayside in recent years. It’s not only the occasional Yank who moves to the UK. Thanks in part to Britain’s former far-flung colonies, expats from every continent have flocked to the British Isles. If you’re moving to the UK, you may be shocked to find such a widely diverse, international culinary and cultural scene.

There are many words Americans commonly use that are not used in the UK. And vice versa. So you might be shocked to find you’re talking to another English speaker but don’t know what they’re talking about. For instance, “loo” means bathroom, and “bonnet” and “boot” refer respectively to the hood and trunk of your car when you’re in Britain.

When you go shopping in the UK, you’ll put your vehicle in a “car park” instead of a parking lot or garage. And if you order “chips” in Britain, you’ll get what Americans call French fries, not crispy potato or corn chips. Why do Americans call them “French” fries, anyway?

4 - People drive on the wrong side of the road.

This truism works both ways. Americans drive on the right, in the UK you drive on the left. We all know that – and you’ll get used to driving on the left side of the road if you move to Britain from the US. But what may shock you is how difficult it can be to remember to look in the correct direction for oncoming cars before crossing the road on foot. Be especially vigilant about your kids and pets.

Americans tend to be exuberant. People in the UK are more reserved, and value privacy more. So tone it down when you move to the UK, or you may be shocked to discover people think you’re a pushy American and you’re encroaching on their personal space. And Americans? All that personal information you like to divulge about yourselves to relative strangers? It’s TMI in the UK. If you’re moving to Britain, remember that asking personal questions is considered rude.

People in Britain are very polite, too. So if you inadvertently bump into someone on London’s crowded streets, remember to say “sorry,” no matter where you’re from. And when you are greeting someone, skip the hug and go for a handshake.

6 - Restaurant etiquette is polite, too.

Usually in the US, unless you’re in a hurry, you don’t have to ask for your check in a restaurant. The wait staff automatically brings the check so you have it when you’re ready. If you wait for your check in a British restaurant, you may be shocked to learn that they are waiting for you to ask. It’s the polite thing to do.

7 - We have a distinctly different senses of humor.

The easiest way to avoid culture shock is to understand that things will be different despite the fact that the UK is similar to the US. The more you get out and meet people and make local friends, the faster you’ll pick up on the differences. And relax - as strange as words or customs may seem, you’ll be forgiven for misunderstanding or the occasional gaffe. All anyone in the UK has to do is hear your accent to know you’re not a native. You’re from the other side of the pond.

Are you moving with your pet to the United Kingdom? The pet import requirements are very strict, so it's definitely ...
Read More

If you’re looking for some friendly folks and equally friendly canines to go walk-about with you, the UK is definitely the ...
Read More

Coming into the US with Your Pet? Know The USDA's Pet Travel Policies

Here at Starwood Animal Transport we talk a lot about how to make your pet’s overseas travel safe and comfortable. But what if ...
Read More